The Afghan elections on April 5 was marked the first democratic transfer of power in Afghanistan’s history. The 2014 elections would also be a milestone for Afghan women around seven million Afghan women were registered to vote, there were three female vice-presidential candidates and a greater percentage of provincial council candidates than ever before are women, which were remarkable. It is also clear that Afghan women still struggle for their basic rights because of insecurity, corruptions, man domination and culture & customary life style. From the other side, low literacy rates, and poor economic condition & confined social life. Afghan women voting out reach increase was a significant achievement in Afghan history with a strong massage “ Afghan Women’s movement is irreversible”

Despite extensive planning and preparation related to election security, the situation in Afghanistan remained volatile. In a country where attacks on candidates are common and the Taliban had issued a warning to Afghans not to participate in the elections, each woman who steps forward as a candidate or a voter would put her safety at risk. Yet millions of women & men took the risk and utilize their voting power. NECDO is proud to be part of this successful process and with financial support of SDC. NECDO part of its moral obligation tries hard to ensure that the hard fought gains that have been won are not rolled back, nor forsaken for political expediency. The future success of Afghanistan will require that the voices of Afghan women be heard, because the future stability and development of Afghanistan will be a direct result of the role they play. They are of immense consequence if women remain as secondary or inactive members it would be half body paralyzed and inactive.

Through implemented project “Afghan Women Voting Outreach Program” NECDO successfully conduct a wide range of awareness raising workshops in 8 provinces for 800 Imams & 800 women activists. Through support of the Imams we farther trained 280,000 individuals in 8 provinces, and by support of women trainees we could mange to farther train 21600 women. Through the Radio nation wide programs at peek hours we could provide wide range of awareness rising for public from Islamic perspective on women’s political participation at least to 3400,000 individuals. Through campaigns in the last two Fridays close to election we conducted physically campaigns in 8 provinces for 3200 individuals about importance of voting out reach by women & men. The Nation wide Radio Campaign for 20 minutes on the last week of campaigns we sent the strong massage of voting outreach was provided awareness for at least 3400,000 individuals nation wide.

We remained committed members of AIEC in 8 provinces where we attended their coordination meetings, distributing their awareness packages and promoting voting out reach through NECDO’s Network of Imams in 15 provinces with more than 1000 Imams. We cordially thank SDC for their financial support and we are also thankful to MoWA & MoRA for provision of all kind of help in implementation of the project. Last but not the least we are thankful from AIEC for their trust and looking forward for a better future for every Afghan women, youths, men, children and aged people from all walks of life and every category of life. 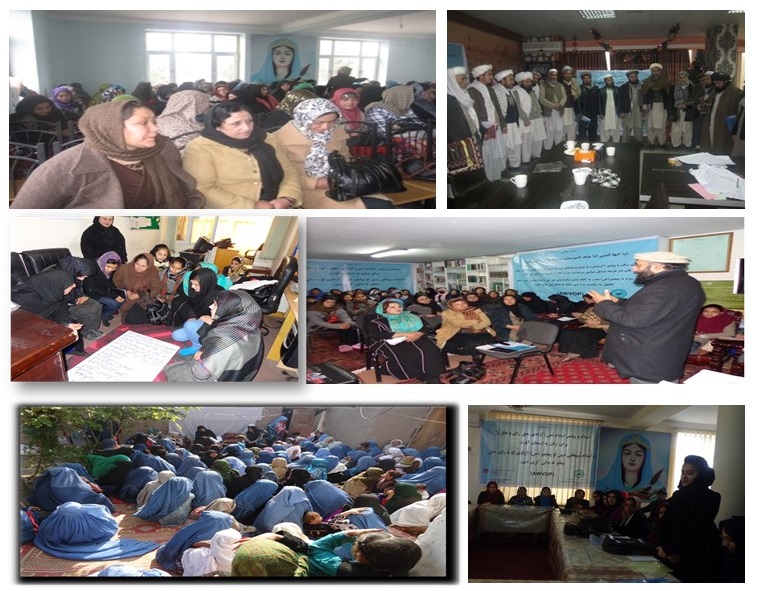