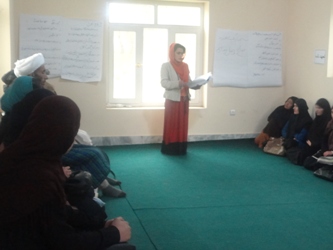 Professionalism & transparency- The core part of developmental activities that lead to achieve selected goals is professionalism in transparent manner. NECDO is in the process to change its direction toward developmental activities where empowerment of the community and the sustainability of the projects are ensured. Therefore, NECDO being a local NGO strives to implement its activities and provide services that ensure professionalism.  We are committed to endeavor to the values that are essential to the development of human resources and economic growth of the county. We believe that it is steady process and we struggle to achieve the highest standards both in our office environment and in our projects in the field. We have kept records of management and finance through the period of ten years and we do have audit reports of expenses in excess of $20,000. Human Rights & gender as cross cutting issue: each individual in a society has rights and obligations to strive for living life in comfort and peace with equal access to resources & opportunities of empowerment. NECDO has played a positive role in reduction of violence against women in the light of Islamic values & Afghan government ratified conventions. NECDO is committed to support Afghan women who are the severe victim of wars and social injustice through its guidelines of “gender policy”. We believe that if Afghan community is mobilized and their trust is built than it is easy to bring changes in their behaviors and give them option for a better and prosperous life. Therefore we strive to have 70% of chances for women & 30% of chances for male through all program and projects up to 2015. 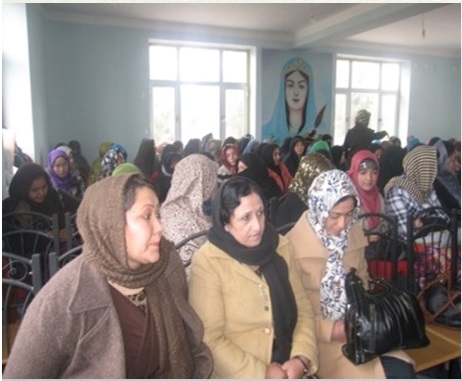 Capacity Building- NECDO is committed to improve the capacity of human resources within the country that ensure participation of women in reconstruction of Afghanistan. So that women resume full responsibilities toward developmental activities for both improvement of themselves and their country. Culture sensitivity- “ think globally- act locally” is the methodology, which we use in our activities. One of the important elements in shaping Afghanistan political and social scenario has been cultural values which are miss interpreted by those having influence in community.  NECDO as a nongovernmental organization, non-profit and nonpolitical organization is committed to respect people’s perceptions and at the same time try to convince them for a positive change that is critical for their social and economic wellbeing. This policy has given strength to NECDO to work in the grassroots level and get community’s trust and cooperation. Advocacy and Networking- in the context of Afghanistan, advocacy and networking important tools for mobilizing the community and networking with other stakeholders for bringing positive changes in the status and behavior of Afghan community including men and women. NECDO found advocacy a very positive approach in EVAW. NECDO also sees networking as a practical way to reach larger groups of people and share experience with sister organizations. We believe that mobilizing Afghan community for change is possible but requires time, patience and hard work. Collaboration– NECDO strives to work as a team inside the organization and with those sister Organizations that aim to bring positive changes in the statues of women and the Afghan community as a whole. Specifically at this moment while Afghanistan is passing through a tumultuous time, there is a great need for coordination of activities in order to be more effective and get best use of time and money for a developed and peaceful Afghanistan. One of the strongest points that NECDO believes in is the sense of brotherhood and cooperation that can lead us to achieve our goals. 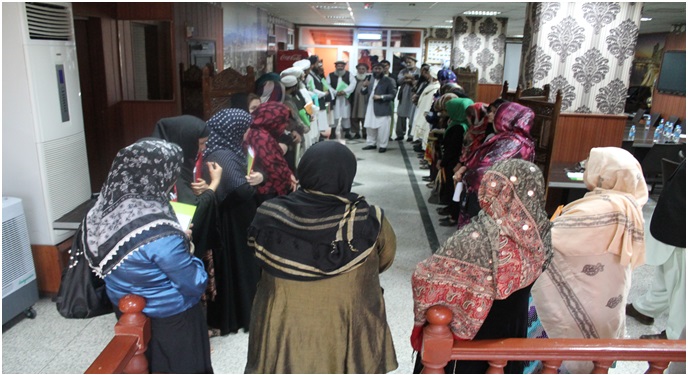 Board Members: The board members  (G.B) are key stick holders who will supervise, monitor and guide the Executive Director for professional management NECDO program & project without any economical benefits. The duration of the position is for two years. This position is volunteer and they have vote power on decisions

Management team: Executive Director is working under direct supervision of the Board Members, and she up date them about activities through board meeting which holds at least 4 times in a year. She is responsible for over all management of program and projects, She supervises the management team based on their job description.

Reporting system: NECDO staff is mandated to have monthly report where the supervisors compile the project reports into one departmental report. Each department will have their monthly reports as well as work plans to form annual organization work plan.  The program coordinator develops quarterly report of activities and the Executive Director develops annual reports where all activities are produced in in details that will include a summary of financial report. Reports are submitted to donors depending on the terms and conditions agreed in the project contracts or agreements.

Monitoring and evaluation– Finally, in order to track progress and enhance learning and quality, an effective system of monitoring and evaluation that includes assessment of on-the-ground results is needed, developing such a monitoring and evaluation system is possible when NECDO has the required budget. However, NECDO monthly, quarterly and annual reports prepare the ground for the timely correction of the problems during implementation of the projects. Thus giving NECDO an overview of the progress made in project sites on implementation of the planned activities in line with NECDO program strategy. We also conduct annual general assembly where NECDO overall activities are presented to the staff members and members of NECDO Board of Directors and Advisory Board members who then give their comments on the improvement of activities. 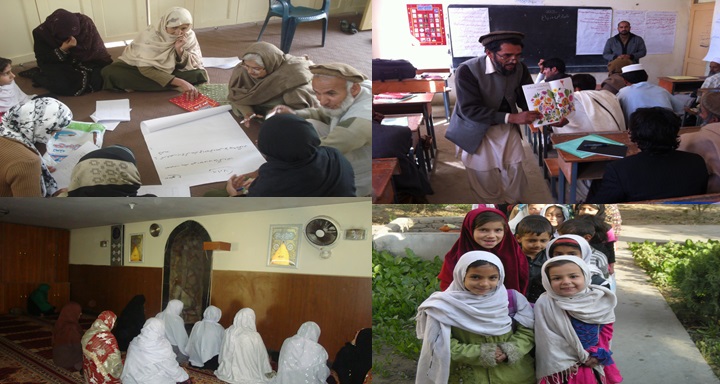 Enhancing to create an environment in Afghanistan where women & men effectively contribute to better society. The strategy is intended to establish an enabling environment that will foster initiatives for changing women’s living conditions, poverty reduction, women political participation, and access of women to rule of law. This strategy rests on a basic process that involves working with others (donors, community, like minded organizations, and government institutions)

Goal No. 1: (Advocacy): To enhance for EVAW using the concepts of excellence program through organizing projects for social justice & political participation by utilizing influential community leaders, Policy makers, Imams, and teachers by mobilizing community. Focusing on “tipping point” phenomenon, which is becoming rapidly and dramatically more common; it can be defined as the culmination of a build-up of small changes that produces a big change. The tipping point, or “turning point,” is the critical point in an evolving situation that leads to a new and often irreversible development. Goal No2. (Capacity Building): To Build capacities of women, youths through innovative initiations in affordable and accessible ways to professional skills and leadership in order to produce professional Human resources for Afghanistan. According to the “ink blot” theory of social change, initial success among innovators and early adopters provides the momentum for the innovation to spread from urban to rural areas over time, much like an ink blot spreads on a piece of paper. Goal No3. Women Economic Empowerment: To empower women’s decision making role for key position in national & international institutions & enhancement for poverty reduction through income generation & self -sustainable projects. Researches has shown that when women comprise 30 percent of a company or organization’s leadership, the company/organization is more successful as measured by productivity, profitability and sustainability indicators. When a critical mass of women in senior management is attained, companies also score higher

Cross Cutting Themes: 1. Work all over Afghanistan, with emphasis on gender equality, leadership skills and human rights 2. Focusing on strategic partnership with Int. partners, women organizations, civil society and government based the established foundation in the past decade by women activist in order to promote joint initiatives of media, advocacy & networking