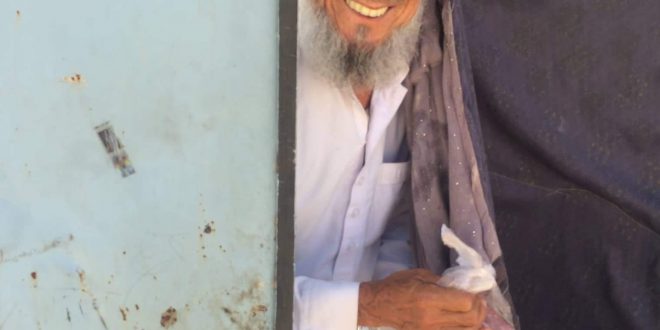 NECDO (Noor Educational & Capacity Development Organization) management began its preparations for the Udhia (Qurban) program from 1st Zulhajja 2019 Meat Package for needy families as the funds from Jerrahi Order of America arrived in the account of this organization. The needy families were listed based on the assessment done by NECDO distribution team the criteria set for the needy families was, being  a widow, a family with very lower income and having big number of children and the disables. The Udhia was done in 4 locations in Kabul and one location in Jalalabad in JOA part during the 3 days of the Eidu-Aldha this year

2.1 Locations with the number of cows and sheep slaughtered:

1. NECDO relief team was mobilized to purchase the 10 cows and 30 sheep for the JOA part

2. The cows were transported to the locations chosen by the supervisor of the program and were handed over to the focal points of NECDO there.

3. Two butchers and at least 3 labors were hired for each location,

4. List of the needy families was developed and was informed to be present at the location in various times in order to avoid crowd and disorder

5. Banners were printed for the locations with Eidu-Aldha greetings and felicitations

6. Team was sent from Kabul to Ningarhar to purchase the cows there and contact NECDO focal points and conduct the scarification (Qurban)

NECDO extends its gratitude and thanks for the trust you extended to us for provision of the opportunity to implement this year (2019) Udhia and meat distribution program for the needy and vulnerable families in Afghanistan. May Allah (SWT) accept your Sadaqat and all good deeds and reward you all with happiness in both worlds Dunya and Akherah (Amin).

We also convey the prayers and good wishes of all the needy families to you. May Allah (SWT) accept all their prayers and reward you with best of rewards. (Amin)

We also thank NECDO staff in particular the relief program team and the volunteers who made this Udhia and distribution possible in secured and safe manner despite security challenges.

Noor Educational and Capacity Development Organization (NECDO) is a nongovernmental, non-partial and non-political organization, registered with Ministry of Economy in 2002 with INO.95. NECDO was established in January 2001 by a group of volunteer sisters & brothers to help and support needy Afghan women, youth and children when Afghan nation was passing from the time tested moments of its history in Peshawar Afghan Refugee Camps.

The destructive civil war has had material and spiritual loses for the nation. NECDO started its activities with smallness of means, and greatness of purpose, which is based on the humanitarian and development assistance. We believe that unity, faith, mobilization & empowerment of Afghan community can reduce the miseries of Afghan nation.  During our social activities in the camps we realized the need for education, capacity building and income generation projects in order to help our nation with sustainable development; specially educating Afghan women, youth and children were the priorities set forth; with the belief that it’s better to light a candle rather than curse the darkness, we initiated and implemented several projects successfully. In addition, NECDO initiated Nazo Ana Library for spreading culture of reading among women who currently have been equipped with more than 7000 books on various topics with other modern library equipment’s with its branches in Kabul, Ghazni, Jalalabad and Badakhshan.

Our Past Projects:  Since 2002 NECDO was active in involvement of Imams and socializing class for running our projects without any major breakthrough and very solid achievements. The very professional project “Imam Initiatives Trainings for EVAW was started in 2008 by technical and financial support of WISE. The project was started by coordination between MOWA & MORA having a support letter and introducing 20 Imams from 20 famous mosques of Kabul. From the other side we had to hire a consultant to draft a booklet on five major basic rights of women from Islamic perspective. The 5 booklets were designed by one of the scholars, expert on the issue of women rights, the consultant writings addressed the issue of customs that has mixed up or misinterpreted with Islamic teachings by solid quotations from sharia resources. The five booklets were shared with 20 Imams in 20 Mosques who were introduced to us by MoRA individually and their opinions were taken about the content for farther make up to be more common to the level of understanding of our community. After getting Imams opinion we shared the booklet with respected WISE friends from ASMA Society and advisors from “Muslim Women Shura Council” and significant changes were brought and edited.Beside the booklets design and the Imams support was requested for preaching these rights on the Friday Khutbas. In order to make sure weather the Imams keep their promises to share the information with Namazi’s in their mosque. We thought of another idea to train 25 youths from dormitory of Kabul University coming from different provinces of Afghanistan to attend the Friday Prayers and remain as observer and write down the report of what they have experience Imams speeches and people response to that. It was excellent part of the project, we could utilize the free time of youths setting in dormitory and instead we could give them a pocket money as transportation cost for visiting the mosque and making the reports. It was a learning experience for youths coming from different provinces about women’s right from Islamic perspective as well as taking the massage back to 16 provinces as they belong to. From the other side, Imams were also responsible to cooperate with us from MORA side and also as the monitors were making their reports. Based on the findings of the monitors’ reports we designed the second phase of the project for another year after successful completion of the pilot phase we worked on the extension of the project beside 20 other mosques in Kabul to 10 Ningarhar mosques. Although, we faced problems with some of the new Imams who believe the booklets were more of Western mentality and did not fit in our Islamic and cultural based community.  We had to arrange four additional meetings, which were more of workshop type where we had mixture of moderate and conservative Imams. These meetings paved the way for those Imams who were reluctant to work with us. Finally, we made the conservative imams understand what we are presenting is not in clash with the basic and fundamental resources of Islam (Sharia resources). In the same way we increased the monitors in Kabul and new people were hired for Ningarhar, including opening of 20 mosques for women for the first time in Afghan history for women in Ningarhar and we also worked with 40 women sections in Kabul.The next step was monitoring of the Friday speeches of Imams by the selected students who had received training from NECDO on monitoring, networking and communication skills. The five issues discussed by Imams were (Right of Marriage, Right of Inheritance, Right of Property, Right of Education & Right of Mobility) and every other weekly monitoring reports (during the second phase we planned monitoring the mosques based on the request of the imams and giving enough time to the imam to prepare the ground for the women rights issue to speak about on Fridays we sent our monitors twice a month) of the students were collected by project manager where by the end of the project we had 682 monitoring reports enabled us towards establishment of a Volunteer Network of Imams in 15 provinces of Afghanistan (Kabul, Heart, Mazar, Ningarhar, Laghman, Kunar, Badakhshan, Takhar, Panjshir, Ghazni, Wardak, Kunduz, logar, Khust and Samangan), working for peace building, unity and EVAW.Karma Network of Advocacy & Human Rights is another outcome of the Imam initiative Trainings. NECDO since 2008 cautiously working with more than 6000 Imams through the above mentioned programs. It means NECDO have empowered around 6000 Imams from the communities and a powerful source of connection between us and local people, our areas of focus are:

For more information please refer to our website below: 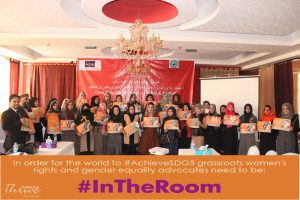