Woman Shuras (Community Development Councils) were established beside men’s Shuras throughout Afghanistan for the purpose of community mobilization and development through self-help project by the National solidarity Program (National Solidarity Program) and the Ministry of Rural Rehabilitation and development (MRRD). NSP was created by the Government of Afghanistan to develop the ability of Afghan communities to identify, plan, manage and monitor their own development project NSP promotes a new development paradigm whereby communities are empowered to make decisions and manage own rescores during of the project cycle the commitment if the MRRD and the government of the Afghanistan toward gender equality empowered are clearly stated in its official document .this was born out of the recognition that afghan woman have been excluded from participant in the social ,economic and political life as a consequence of decades of war and conflict.

The NSP in particular has come up with very clear targets and guidelines with regard to its gender equity policy and has refined its approach and the implement of its programs based on lessons learned.

The inclusion of woman has in some instance, given a platform for woman to discuss their ideas and potentially influence development however, giving legitimacy to woman’s opinions, decision and right

To information has been riddled with problems. Contextually, while the state of woman’s rights in Afghanistan has been given a lot of international attention ,afghan institution and programs such as the NSP have not specifically addressed this problems .The ideal from of shuras that exist, though rarely, in Afghanistan are the mixed shuras of men and woman are equal participant and decision-makers . This form seems to exist where woman already have outspoken public roles in community .The not-so-ideal side of mixed shurars happen in communities where women do not have public vocal roles.

Out of these reasons, this project intends to create a self-support system for communities by strengthening the leadership skills among women shura members in Badakhshan, enabling them to actively participate in either mixed or separate shuras. These councils offer women a unique forum to participate in local public affairs as they often have not been included in local decision- making bodies. beyond that, women are not only marginalized from decision making processes in the public affairs but also in their homes .in addition to their being excluded from the education system often they are exposed to early and forced marriages and other forms of violence with the consequence that they are not able to take up an active role with full confidence and capacity.

even when they sit in a mixed shura. Traditional limitations to the acceptance of women in such a role are evident in all communities .in most societies where the illiteracy rate is high, it is 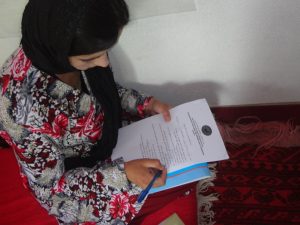 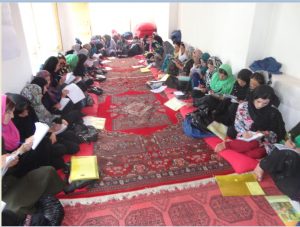 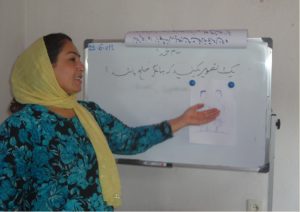 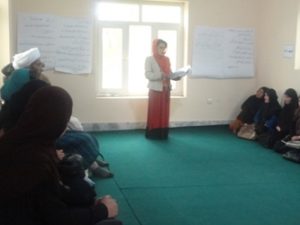 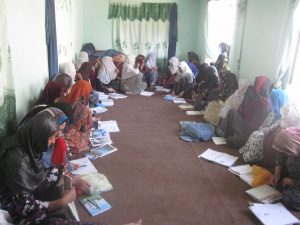