The Need for this Project:

Afghanistan is an Islamic country and majority of its population is Muslims and the county’s historical events are mostly spring out from religious issues. The most prominent of which are the Great Britain 3 wars and Russian occupation of the country and the people’s success to defeat the super power of the time and their withdrawal from their motherland. The very important factor for encouraging people to fight for their motherland was religion and the Imams of the time who played the central role in mobilizing the communities individually and collectively to fight against their enemies. Mosques play a central role in Afghanistan child education where children get religious knowledge and learn how to recite the Holy Quran free of cost. Although, more than approximately 80 % of the country population is uneducated but the majority of the populations have attended in the Mosque teaching. Imam is not only treated as a respectful person, who calls people five times per day for prayer and once a week on Fridays to deliver his speech on different topics regarding religious and social affairs. Imam is also referred to in many family and individual matters, he has been invited to the traditional Councils (Jirga) for solution of the problems in the light of Sharia (Islamic law). Many cases have been handled through this way because it has been without any cost and to people door steps (An Imam is not charging anything for mediations, or helping in problems solving). Additionally, Imam is the person who recites the ceremony of wedding (Nikah) and signs the wedding certificate. He also has the responsibility to do the arrangements during the death and burial ceremonies. Some people take their patients to the Imams for treatments by prayers. In general, Imam is playing a very vital role in daily life of the people for both male and a female (e.g. If a man or a women go to a trouble the first person they consult with is the Imam) and probably gains a respect in the community. Imams are paid by government in the official mosques in the cities while in rural areas and outskirt of the cities people assist with their wages and the salaries besides the food and accommodation of an imam is provided by the community as a member of their family. Friday prayers which is conducting every week by a large number of followers on every Friday afternoon, Prayers of Eid twice a year is done by Imams even the president of the country is standing at the back of Imam and follow what he says and preach.

It is obvious that Ulama have very vital role in the Muslim countries and their voice is well heard among the public especially in Afghanistan a country where the people bring their issues to the imams and Ulama before they go to the court or the police.

Considering the influential role of Imams and the community trust on them gives us opportunity to work trough this category of people thus supporting Women issues, Reconciliation and Peace Education and everybody get their rights by changing behavior and attitude of the people in the society. In addition, very systematic chain that Imams and religion issues has spread in the community double chances of success and help us in turn for acquiring a trustworthy place in the community we work for. NECDO considers this opportunity and wants to undertake training, awareness raising activities for Imams.

The Imams will then address the issues through their Jumna Khutbas and speeches in order to reach the public and cause a positive change in the mentality of the common man. Our monitors (20 in Kabul) will monitor the Khutbas of the Imams and write a report to the organization, in the light of which we would be in a position to plan for the up coming phase. 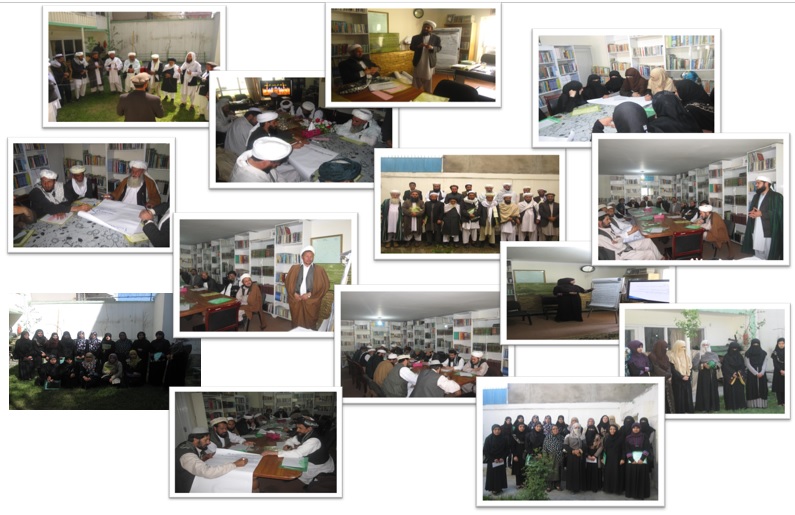