SUMMARY: Noor Educational & Capacity Development Organization (NECDO) started the activities of the first round of Social Safety Net Project on 10th of Apr, 2020 in Shahristan and Miramor districts Daykundy province. NECDO held a meeting with the governor of Daykundy province, explained the activities of Social Safety Net project and its importance to the local people of Daykundy. NECDO asked governor of Daykundy for the guidance and assistance for initiating the survey as the first phase of this project in order to implement it successfully.

Initially the food was distributed in both district among the selected beneficiaries that were affected by COVID-19 pandemic. In the first phase around 2790 and 2616 beneficiaries were given food in both districts respectively however this was extended for the second round and foods were distributed in both places again with the financial assistance of WFP. Later on food distribution was extended for third round but only for Shahristan district. For third round the survey was conducted by the survey team and later on foods were distributed to those affected beneficiaries in Shahristan District of Daykundi Province. 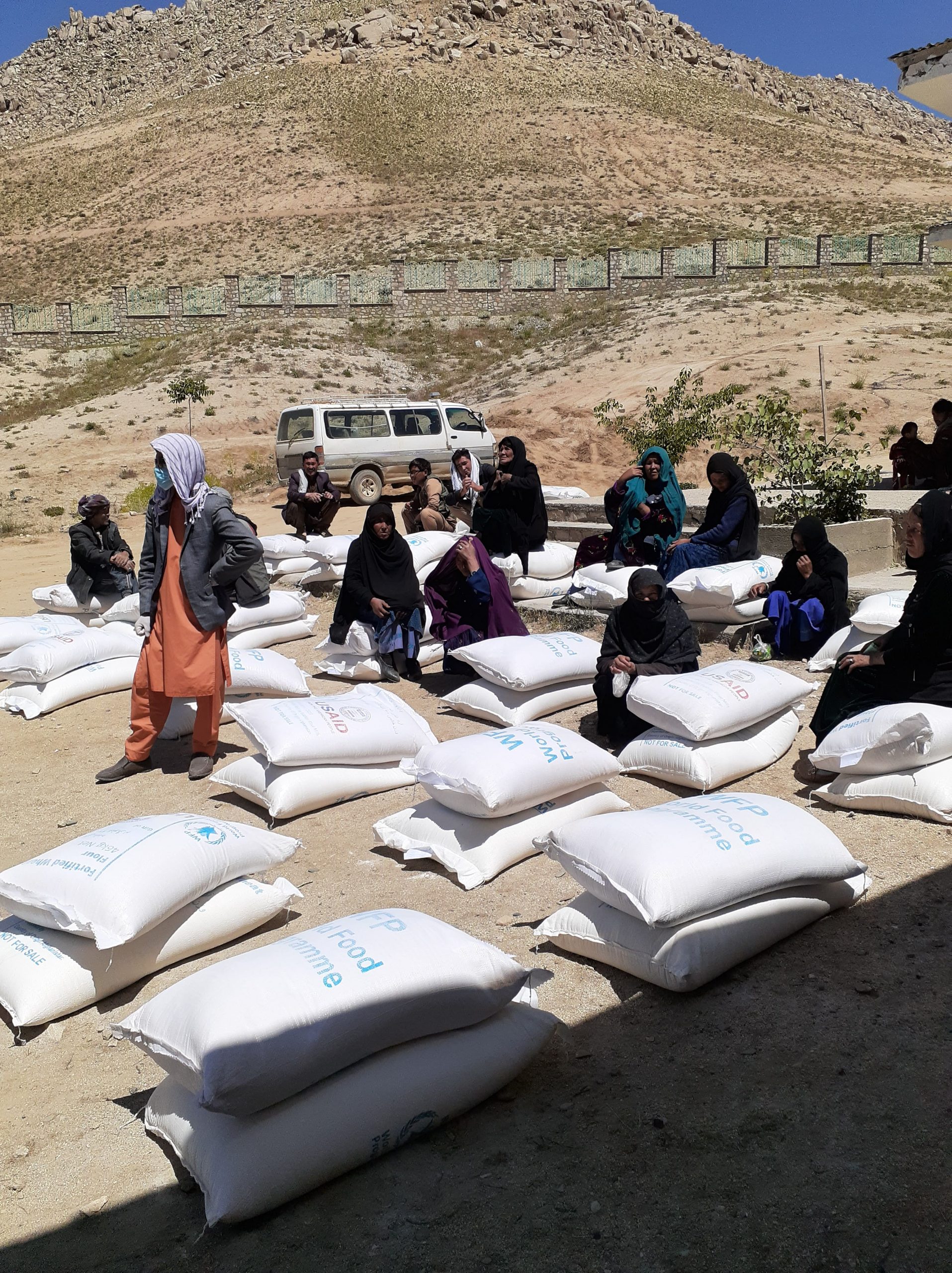 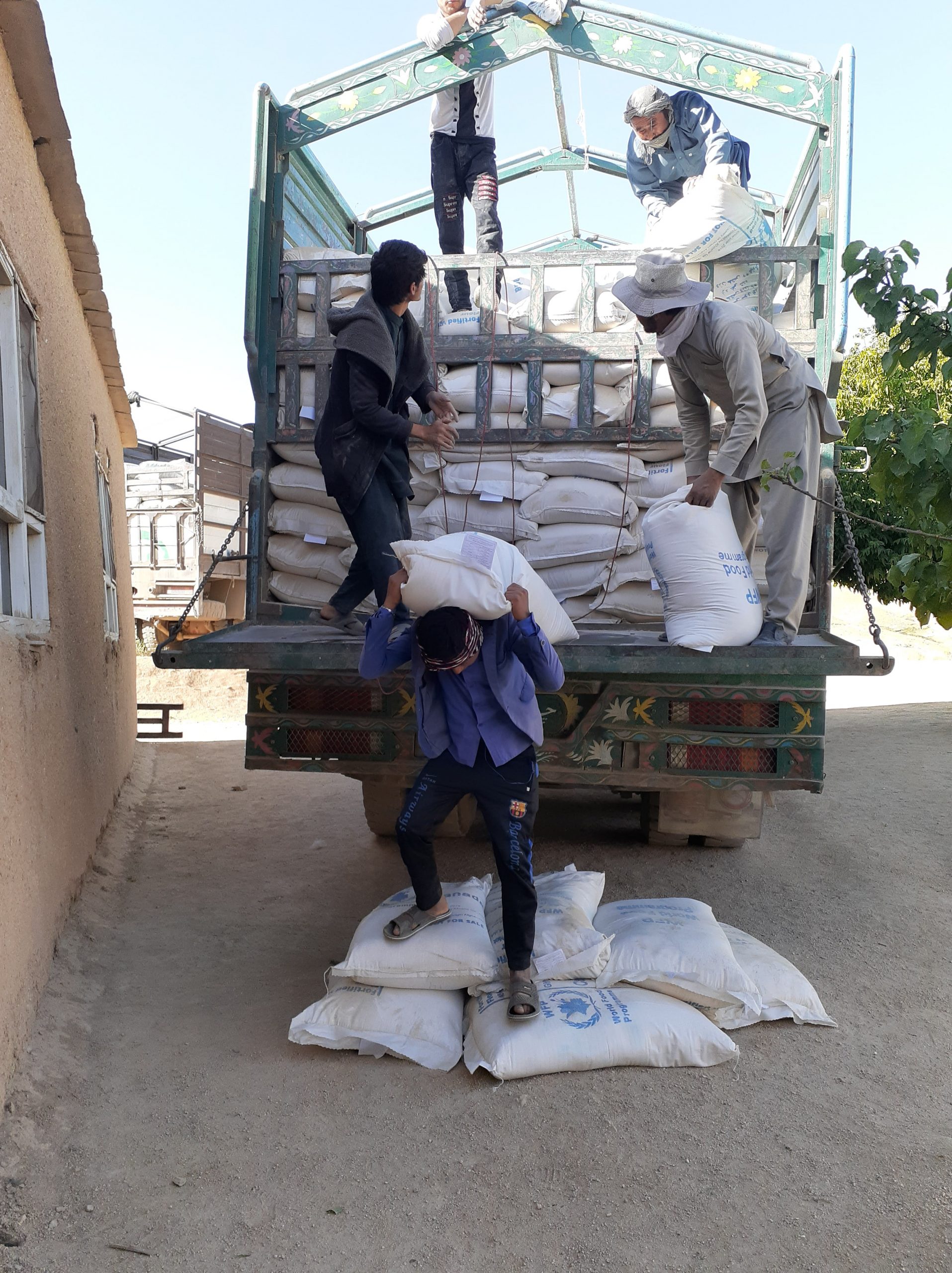 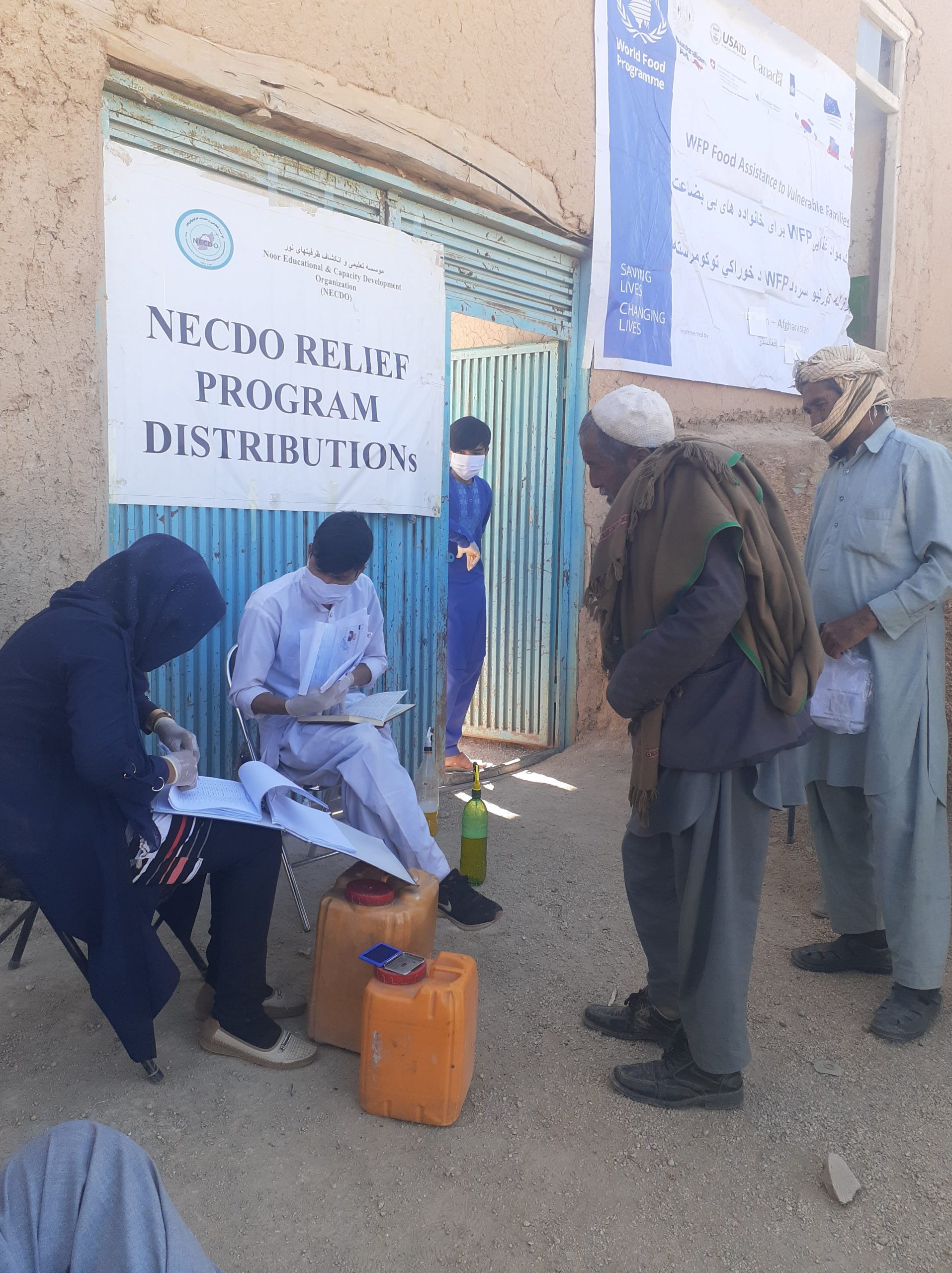 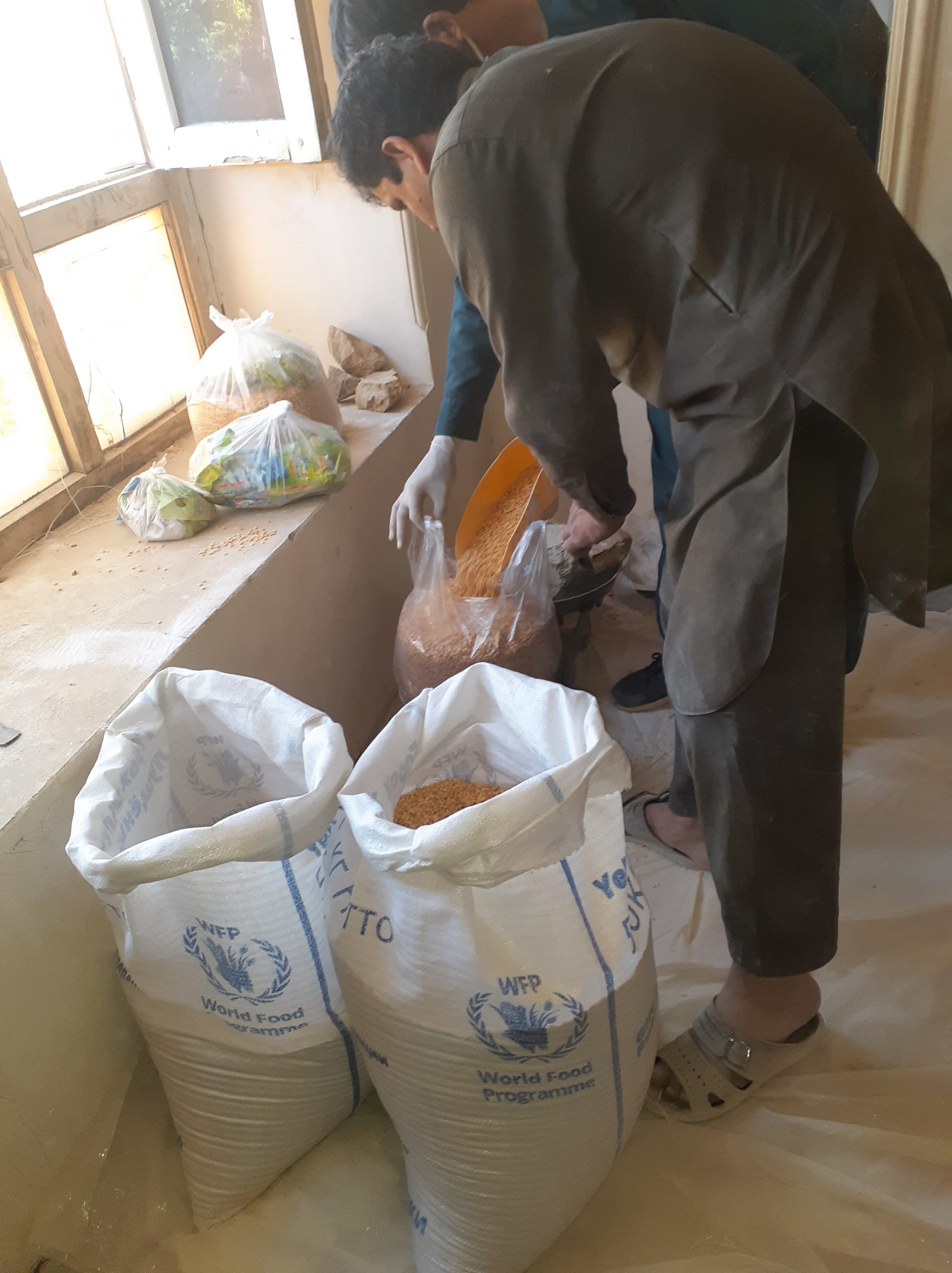 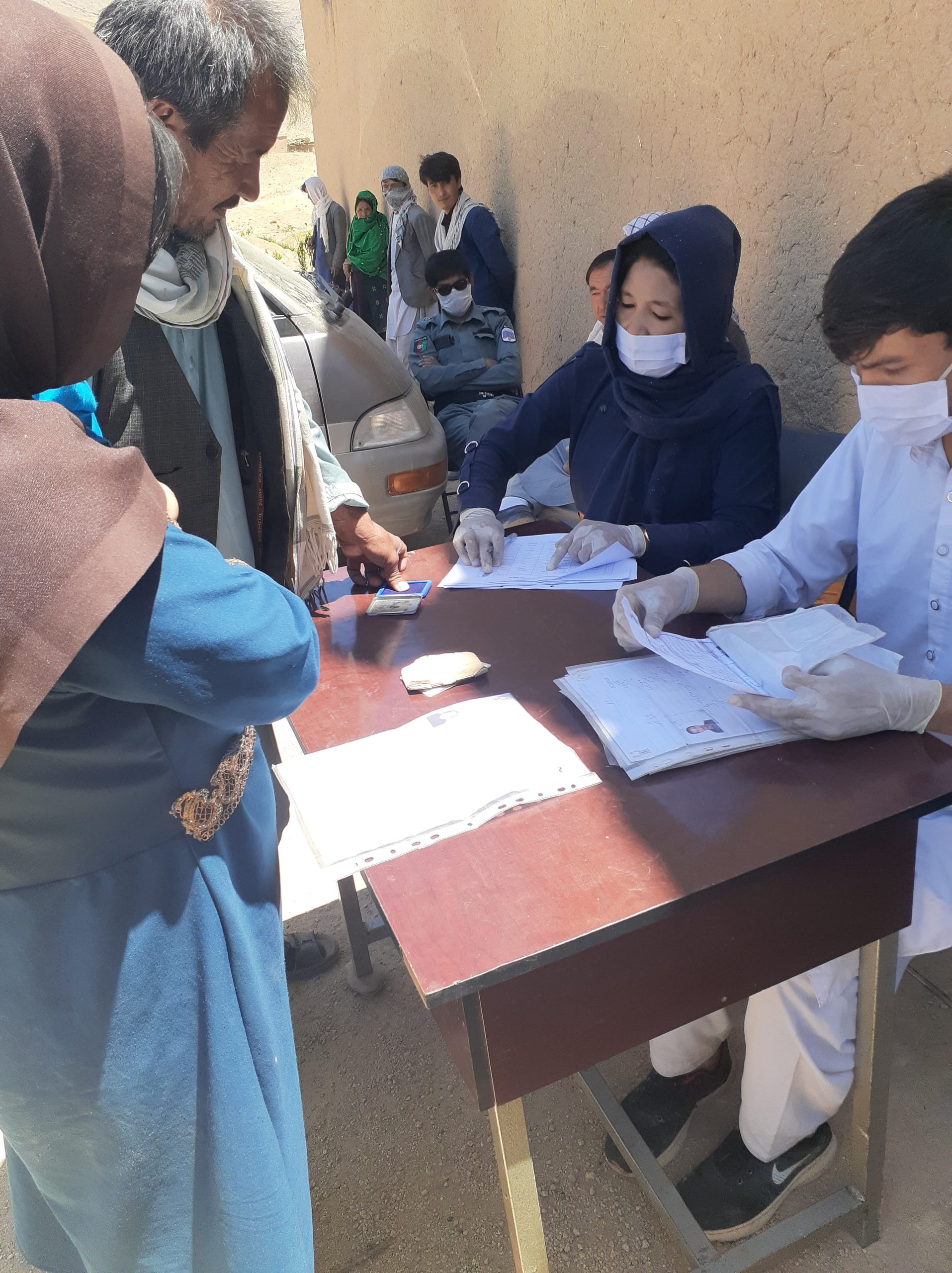 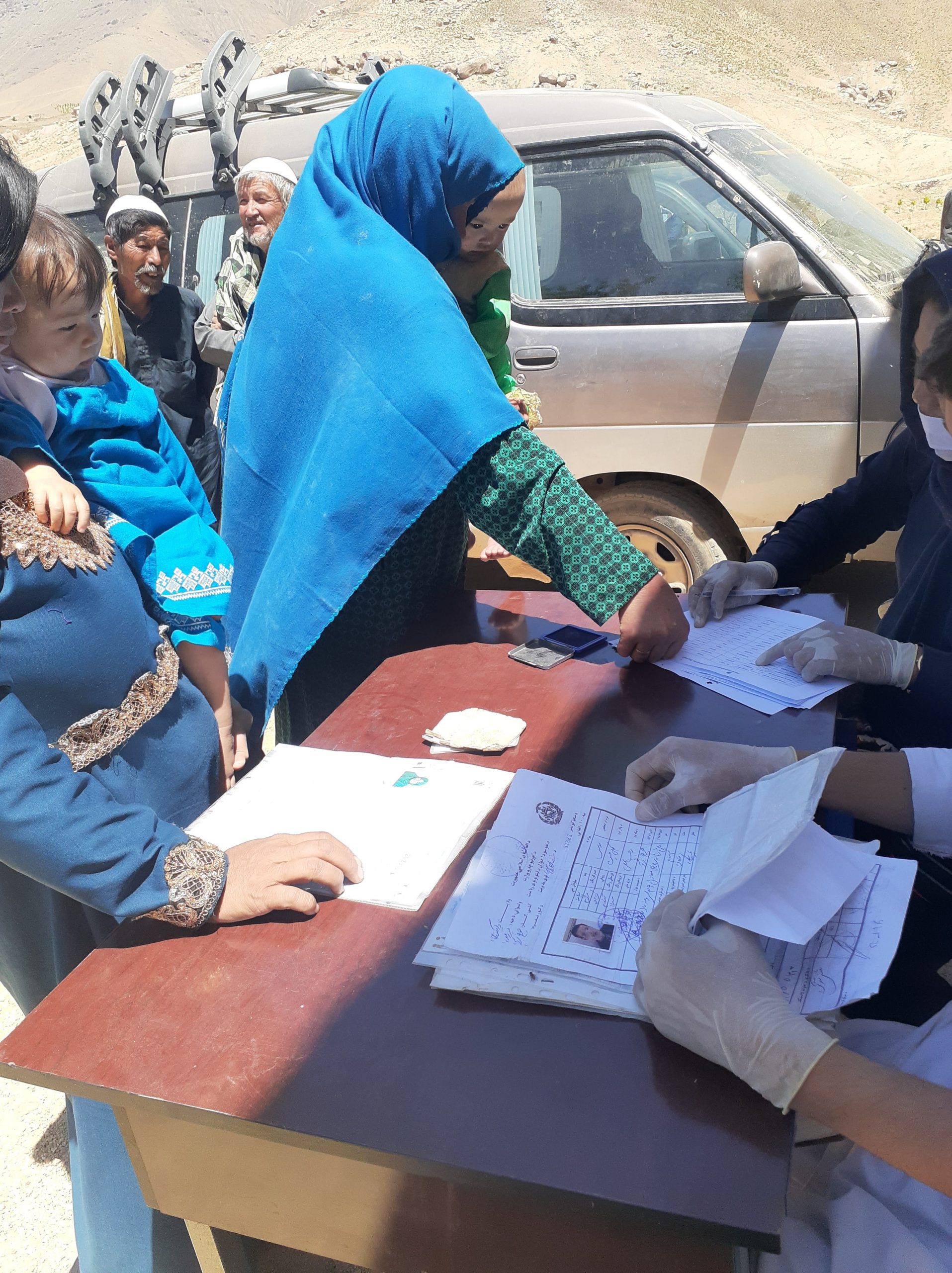 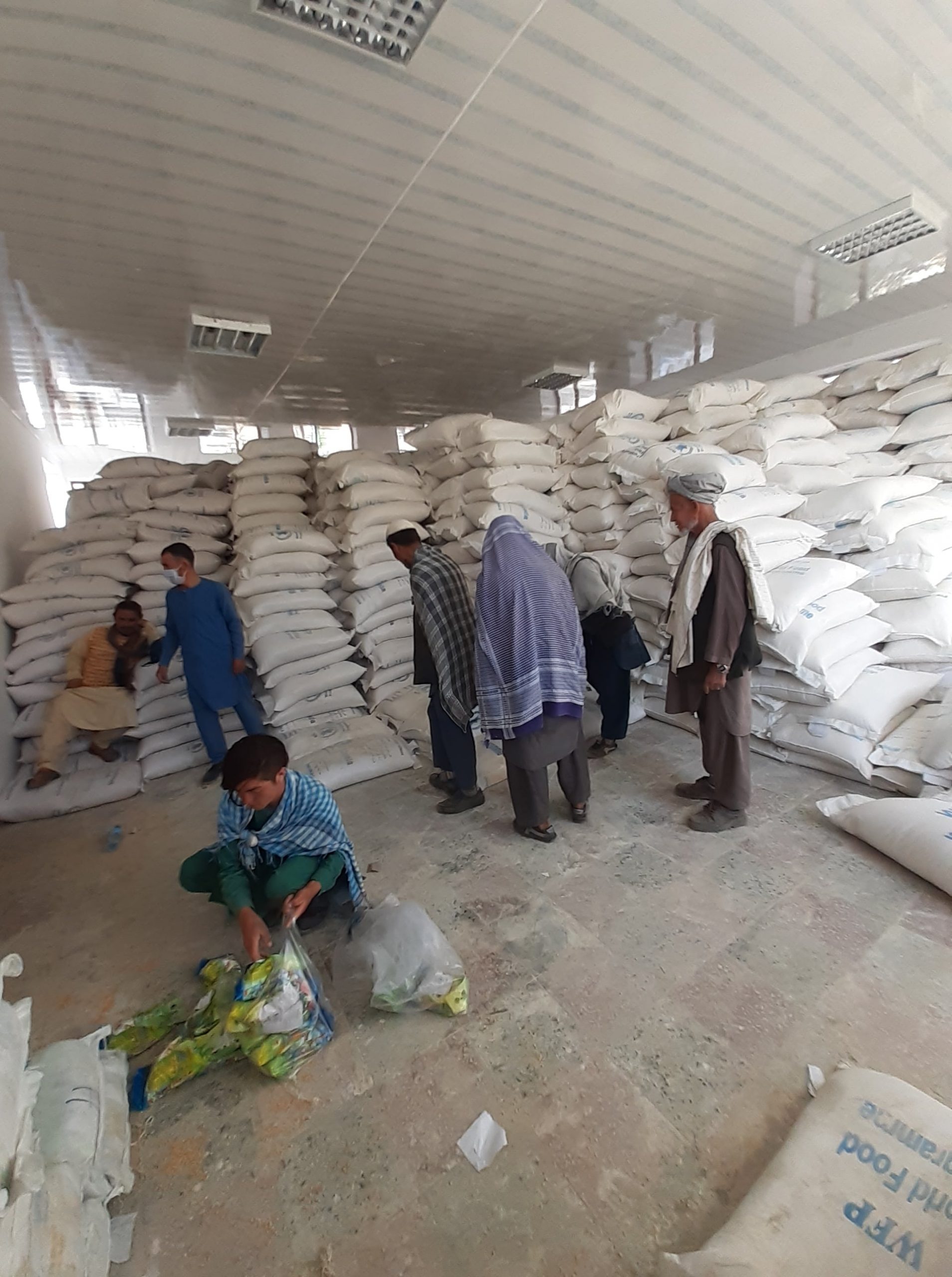 Noor Educational & Capacity Development Organization (NECDO) started the activities of the first round of Social Safety Net Project on 10th of Apr, 2020 in Shahristan and Miramor districts Daykundy province. NECDO held a meeting with the governor of Daykundy province, explained the activities of Social Safety Net project and its importance to the local people of Daykundy. NECDO asked governor of Daykundy for the guidance and assistance for initiating the survey as the first phase of this project in order to implement it successfully.

It was hard to reach general public in remote areas of Shahristan and Miramor districts of Daykundy province. Therefore, the meetings were held with governor and individuals from different sectors such as Education, Agriculture, National security and etc who provided us the list of the community leaders along with their contact numbers. With the help of community leaders, we were able to reach the general public for sampling due to which mutually NECDO and community leaders selected the affectees of COVID-19 or lower income families. The list of the surveyed beneficiaries was collected from survey team and data entry was made by data entry clerks.

Since NECDO had already the list of beneficiaries therefore requested the director of people council to invite selected individuals for food distribution at specified site and date so that we can deliver them the food. The distribution was done in such a way where individual names were checked and asked them to have a thumb print on the logbook for the official record. Moreover, the individuals were asked to have space and follow the guidance of Ministry of Public Health in order to avoid the pandemic of COVID-19.

Most of the individuals were running their life on daily wages due to lockdown of COVID-19 and restriction of movements in those districts affected the life of people to live their life. Therefore, it was a very good step towards temporary support to these people. Especially the women and widow are mostly affected by this pandemic probably more than any other part of the world and COVID-19 increased the issue for these women who were running the daily life of their family and children. It could lead to the domestic violence and these people really needed our support.

The purpose of this project was to distribute the foods among individuals that were affected by COVID-19 so that they can live their life and this pandemic should not affect it to extreme level.

World Food Program (WFP): WFP will provide technical assistance to project implementation team, coordinate and facilitate project implementation with other stakeholders (FSP) for timely fund transfer and provide feedback to distribution team for proper execution. WFP also will provide operation cost of the project as per agreed budget and resources to the stakeholder as per standard of WFP CBT ration scale of 2020.

Cooperating Partner: NECDO will be responsible for the overall project implementation including introduction of social protection project to Government Line departments and local community for timely implementation of the project.

Community: Community women and men shuras will support the process and will introduce the most vulnerable and needy women and men for possible support /intervention of this project during COVID – 19.

NECDO extends its gratitude and thanks for the trust you extended to us for provision of the opportunity to implement this Social Safety Net Project for the vulnerable families who are significantly affected by COVID-19 in Kabul. May Allah (SWT) accept your Sadaqat and all good deeds and reward you all with happiness in both worlds Dunya and Akherah (Amin).

We also convey the prayers and good wishes of all the needy families to you. May Allah (S.W.T.) accept all their prayers and reward you with best of rewards. (Amin). We also thank NECDO staff in particular the Social Safety Net Project team and the stakeholders who made this distribution possible in secured and safe manner.